Through our grant programs and partnerships, hundreds of thousands of youth have been given the opportunity to learn the game of football, get physically fit, and stay involved in productive after-school activities with adult mentors. The programs supported by the NFL Foundation also have provided youth football participants with safe and accessible places to play, as well as programs and initiatives that address the importance of proper coaching, health, safety and wellness, academic and life skills development & character education programs.

The NFL Foundation champions the development of football at youth and scholastic levels through funding support of USA Football, the sport’s national governing body and a member of the U.S. Olympic & Paralympic Committee. USA Football’s grant program awarded nearly $1.5 million in resources to benefit young athletes in 2019 including new equipment, uniforms and other supplies. Grants are valued up to $1,000 each and are distributed based on merit, need and a school’s or sports organization’s commitment to coaching education and best practices. Organizations can apply for a grant at www.usafootball.com/grants.

USA Football reimagines the sport to make it smarter, safer and more fun for the kids who play it. Through training, education and events, USA Football gets everyone on the same page – from parents and players to coaches and commissioners. The organization was endowed in 2002 by the National Football League and the NFL Players’ Association. Head to www.usafootball.com to find resources for every role in the game.

NFL FLAG powered by USA Football has teamed with the NFL, USA Football, GENYOUth and Fuel Up to PLAY 60 and is implemented in nearly 8,500 schools nationwide, impacting more than 3 million students. In addition, more than 1,500 physical education teachers have received in-person NFL FLAG training and curriculum. 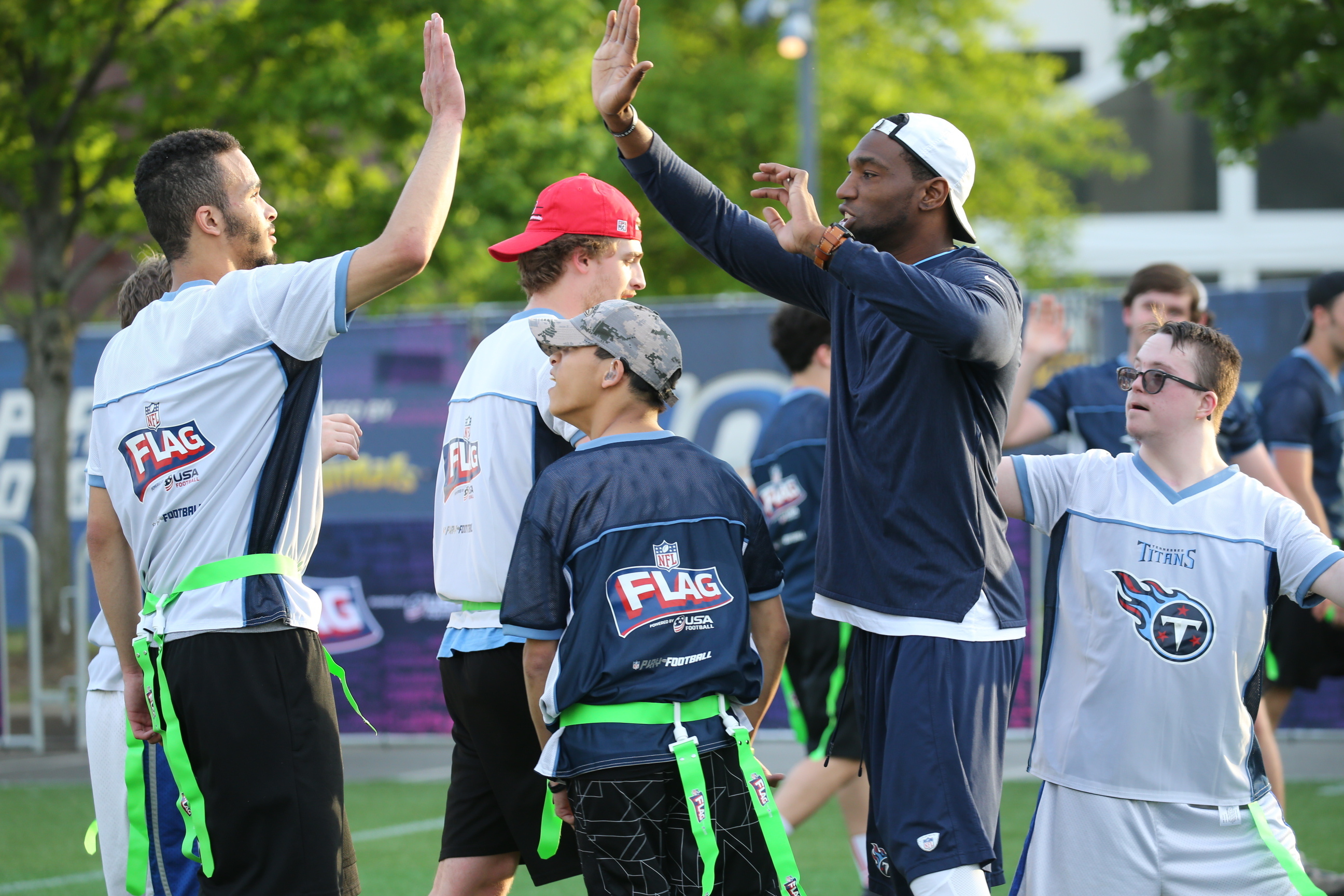 USA Football recommends flag football as an entry point into the sport as well as a way to play and enjoy football from youth through adulthood.  "Flag" introduces skills of the game in a fun, non-contact
environment in which young athletes play and learn all positions.

The NFL, USA Football, GENYOUth and Fuel Up to Play 60 announced the fifth year of the NFL FLAG-In-Schools Program, which aims to increase physical activity among youth by providing FLAG football resources to underserved school communities. Since 2014, the partners' efforts have resulted in 9.1 million students becoming more active before, during and after school through NFL FLAG-In-Schools. During the 2019-2020 school year, nearly 4,200 NFL FLAG Kits will be distributed nationwide, reaching approximately 2.3 million new students. The expansion was made possible by a renewed commitment from the NFL Foundation, amounting to nearly $1.5 million.

Eligible schools can apply for the NFL FLAG kits via the Fuel Up to Play 60 website: www.fueluptoplay60.com

USA Football’s FUNdamentals program reaches more than 33,000 children aged 5-15 each year, teaching them the sport’s primary skills in a fun, energetic and contact-free way. Clinicians use a series of drills to introduce passing, catching and running.

All skills and drills selected are based on USA Football's Player Progression Development Model, ensuring children learn the game in an age-appropriate way when experiencing the joy and excitement of America's favorite sport.

FUNdamentals instruction is taught by dozens of current and former NFL players during their summer football camps. For more information on FUNdamentals, visit: www.usafootball.com/fun

The NFL Way to Play shows our commitment to promoting proper playing technique across all levels of football. Through the lens of the best in the game—current players, NFL Legends and head coaches—the initiative highlights proper technique, shares best practices and showcases the NFL Way to Play.

The NFL Way to Play Award, selected by a distinguished panel of Legends and coaches, recognized current players who exhibited excellent playing technique each week of the 2018 season. With funding support from the NFL Foundation, each winner received a $2,500 equipment grant from USA Football for the youth or high school football program of the player’s choice.

In support of the NFL’s vision to grow the game of football and engage youth participants, the “Play Football” initiative was launched in 2016. Through a partnership with USA Football, the NFL has increased focus on educating parents, removing barriers to play, and ensuring that every boy and girl has an entry point to the game.

Heads Up Football education continues to grow and NFL FLAG football has more than 340,000 kids playing across the country. Learn more about the Play Football initiative by visiting PlayFootball.com or follow @NFLPlayFootball. Join the conversation on social media using #LetsPlayFootball. 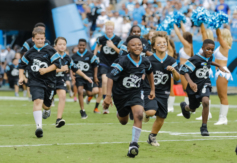 Grants are provided to each of the 32 NFL teams to support the implementation of the league’s national initiatives throughout the year in local team markets. 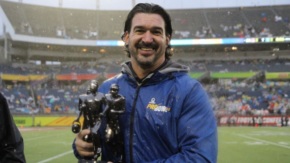 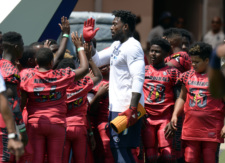 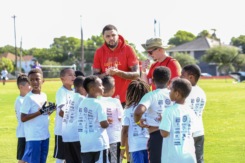 Through this program, grants are awarded to free, non-contact youth football clinics and camps organized by current and former NFL players and coaches. 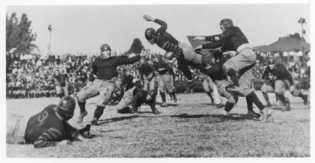 Nearly 100 years after the National Football League was born in Canton, Ohio, the NFL is celebrating the 13 communities that were home to the 14 teams of its inaugural season. 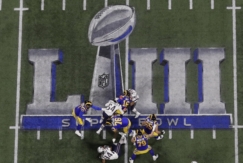 The program is part of the NFL’s Super Bowl LIII outreach initiative whereby high schools will receive a commemorative Golden Football produced by Wilson for every player or head coach who has been on an active roster in a Super Bowl. This grant pertains to the Philadelphia Eagles and New England Patriots in Super Bowl LIII.